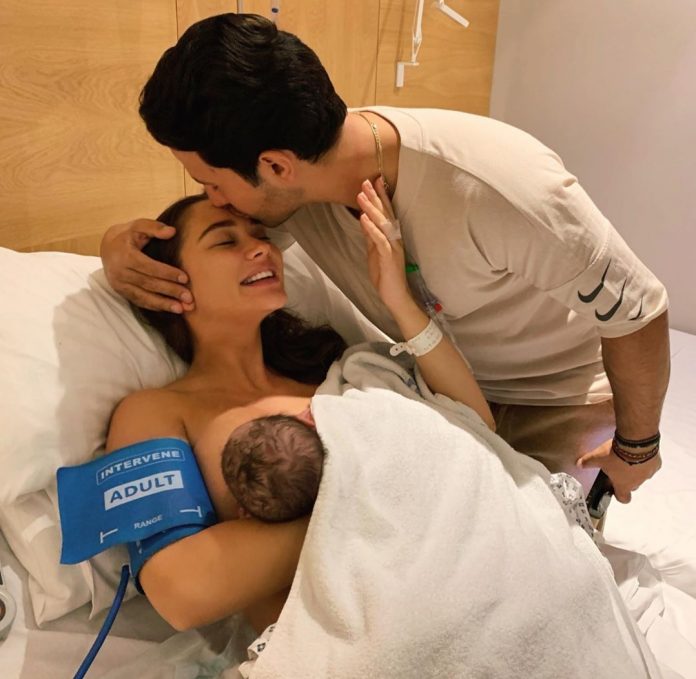 Amy Jackson welcome her new baby by sharing first picture of her baby Boy and fiance George Panayiotou by writing ‘Our angle welcome to the world’ in Instagram for her followers and well-wishers, which has so far received around 11 lakh likes.

The actress gave birth to a cute baby boy on Monday.

She also added a few more pictures and a video on Instagram stories, where has named her son Andreas, who looks healthy in the posts. In another picture she shared Lily Fortescue, Andreas’s aunt, is seen holding the newborn. Amy and Geroge dated each other last year, and they got officially engaged in January 2019, this year. The Businessman proposed to the actress during their vacation in Zambia, and Amy fell in love on the same day.

Amy Jackson was last seen in Rajinikanth’s Robert 2.0, which turned out to be a hit across the world. While, she has stopped acting in films after her engagement with George.

Amy and George are yet to tie the knot. Looks like they will have a grand wedding ceremony next year 2020 in Greece.

However, Amy was busy promoting various beauty products and lifestyle brands in the past few months.

Amy Jackson who began her modelling career at the age of 16, celebrates her birthday on 31 January 1992. She went on to win the Miss Teen World competition in 2009 and is an English actress and model well known for her work in Indian films.