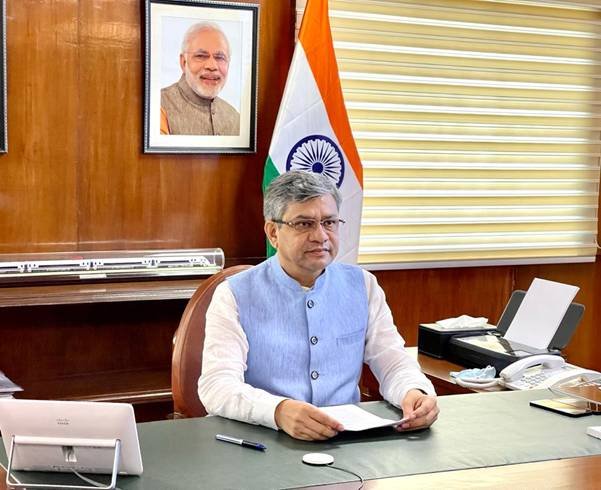 At the G20 Digital Ministers’ Meeting hosted by Italy on August 5, 2020 at Trieste, Italy, the G20 ministers adopted a declaration for “Leveraging Digitalization for a Resilient, Strong, Sustainable and Inclusive Recovery”. The Ministers agreed to work towards the enhanced cooperation on the pillars of Digital Economy and Digital Government.

Shri Vaishnaw shared the transformation achieved through Digital India since 2015 for digital inclusion and social empowerment. Speaking about the empowerment of people through digital technologies and public digital platforms such as AADHAAR, Direct Benefit Transfer (DBT) etc., he said, “Providing digital identity Aadhaar to 1.29 billion users, opening bank accounts of 430 million poor people and linking both these to send the financial entitlements directly into bank accounts has eliminated leakages from delivery system. Around 900 million citizens are receiving benefits of one or more schemes. This has not only empowered the common citizens but has also led to savings of over US$24 billion in last seven years.”

Shri Vaishnaw also highlighted the importance of digital inclusion during the pandemic for which India has been a strong proponent. He said that technology is for Digital Inclusion and not for creating digital divide and India has always been advocating that digital economy is an important tool for social inclusion. He committed India’s support towards closer partnerships at the G20 forum and invited countries for future cooperation towards the digital inclusion and social empowerment. 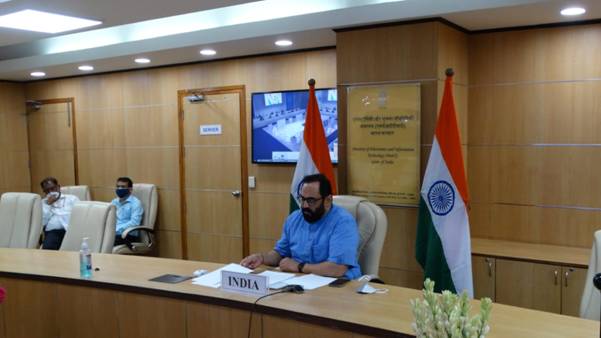 Minister of State Shri Rajeev Chandrasekhar shared India’s model for the availability of robust and secured digital infrastructure including digital platforms and connectivity under the Digital India programme. Shri Chandrasekhar emphasized the role of AADHAAR, the unique digital identity that empowers residents of India to authenticate anytime, anywhere and also provides targeted delivery of subsidies, benefits and services in an efficient and transparent manner. He emphasized that more than any time in the history of the world, Technology and Digitalization has been front and center in the toolkits of every government’s response to the COVID caused disruption of lives, livelihoods and economies. He suggested that G20 countries should collaborate on free, open, transparent, safe and trustworthy Internet for all to leverage technology.

The Ministers also shared that under the leadership of Prime Minister, Shri Narendra Modi, India has successfully showcased a technology led model of transforming the lives of poor and underprivileged citizens.