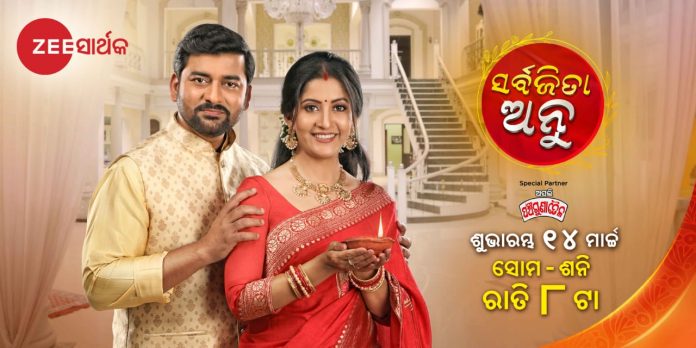 To recreate the magic in Odia Industry, Ollywood Industry’s most loved Actress Anu Choudhury is going to lead in Zee Sarthak’s new mega serial ‘Sarbajita Anu’. The serial is all set to telecast this month on Zee Sarthak from 14th March at 8PM.

Actress Anu has starred in more than 65 films over past two decades. Apart from Odia Cinema, she also acted in Bengali, Telugu and Hindi films. For ‘Sasughara Chali Gbi’ movie she was honoured with Odisha State Film Awards as best actress in 2005 for her outstanding performance. The actress who mesmerized her audience with stunning acting and dancing skills in the Big screen, will now amuse viewers in Television via ‘Sarbajita Anu’ show.

Zee Sarthak always focuses on audience’s desired shows, prior to Odia art and culture. This mega series of ‘Sarbajita Anu’ will add in the trend with a unique appearance.