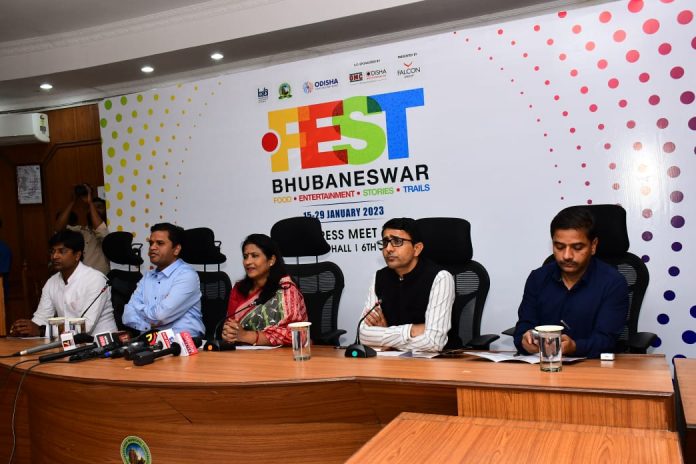 Creating a festival of festivals in Bhubaneswar during the FIH men’s Hockey world cup, .FEST makes a comeback with its second edition from 15th to 29th January 2023. The cultural festival brings an experience like never-before for the people of Odisha with activities to create a cherishable experience. Be it Food, Entertainment, Stories or Trails, .FEST entails a host of surprises from enthralling performances by the best of musicians, singers, stand-up artists, dancers, and trails to the thousand year old temples & caves to slurping the street foods of 16+ countries and witnessing amazing stories, folklore by globally acclaimed storytellers.

Starting on the 15th of January, .FEST will have a slew of celebrities making appearances like Bollywood divas Disha Patani and Divya Kumar slated to enthrall audiences during curtain raiser. Renowned dance choreographers like Shiamak Davar and Salman Yousuf would also be taking the stage by storm, along with music superstars like Guru Randhawa, Harshdeep Kaur, Neeti Mohan, and Amit Trivedi, who would present enchanting contemporary, classical and Sufi night performances. The audiences would also get to witness a laughter riot with stand-up comedians Sunil Grover and Shilpa Rao followed with a retro night by popular 90’s singers Udit Narayan, Alka Yagnik and Sukhwinder Singh. A fusion fiesta by Siddhart Mahadevan, Shivam Mhadevan, and Shrinidhi would also keep the audiences swaying through the starry night.

Sulochana Das, Mayor, BMC, said, “The .FEST is the city festival of the Bhubaneswar where the citizens will celebrate the capital city with music, food, trails, exhibitions and much more.”

Providing the experience of a fortnight long festival of festivals, .FEST was first curated in 2018. The previous edition of .FEST witnessed a massive success with millions of Bhubaneswar locals & others from around the world including the best hockey players along with International and national media. This year, the visitors can experience trails around the city of Bhubaneswar, visitors can also experience the Bhubaneswar Festival of Storytelling (BhuFesSto) specifically curated for the children along with elderly to keep alive the great saga of local literature, poetry & stories. The 15-day long event will also host another artistically crafted event called Sebbe O Ebbe (Then & Now), a photo exhibition that will showcase the glorious history of Bhubaneswar, one of the 1st Planned cities of Independent India, along with events like International Food Festival, and first of its kind unique Night Bazar & Flea Market throughout.

Odisha has become the sports capital of India with the increased investment in sports and the Hockey World Cup tournaments being hosted in Bhubaneswar consecutively since the past four years. Odisha being a sports hub of India doesn’t just enable the state to leverage this and increase tourism but has also brought the cultural side of Bhubaneswar at the forefront.

.FEST was curated in 2018 with an intention to create an environment of festivity in Bhubaneswar as was to host FIH Men’s Hockey World Cup for the 1st time. The festival was curated to provide a never-before experience to the denizens of BBSR. Specific focus was kept that every category of the society gets something or else to cherish in this festival, and hence the brand name .FEST was crafted wherein F stands for FOOD – one common factor that connects all walks of society, E stands for entertainment – in the era of OTT, the excitement of live performances & the adrenaline rush to witness some of maestros at own city is not an everyday phenomenon in tier-2 cities like BBSR; S stands for stories – Bhubaneswar Festival of Storytelling (BhuFesSto) was specifically curated for the children along with elderly to keep alive the great saga of story telling. Lastly T stands for trails – under the brand name Ekamra walks – where the festival becomes truly CITY festival by showcasing the magnificent assets Bhubaneswar has been preserving for centuries. This year’s edition of .FEST comes with the unique and first of its kind in Odisha Night Bazar & Flea Market where artisans, entrepreneurs will participate. Another unique experience this year shall be Sebbe O Ebbe – the photo exhibition showcasing photographs of the Bhubaneswar city since the last 1860s to the present time. 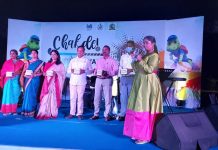