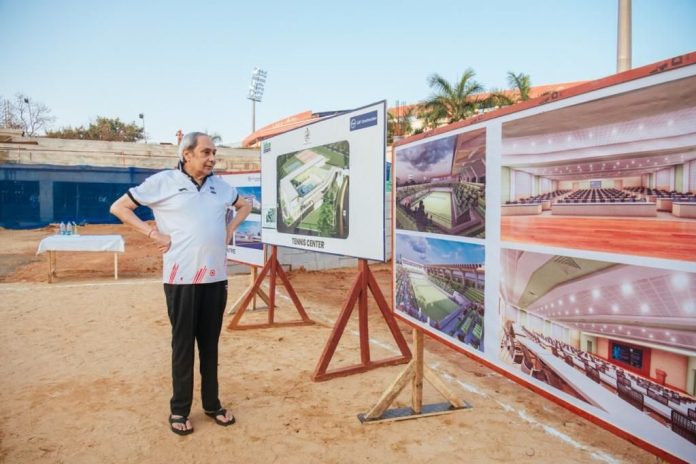 First Time people of Odisha has witnessed Chief Minister Naveen Patnaik wearing Sports T – Shirt and Track pant in 25 years of Political career during his visit to Kalinga Stadium on Monday. CM looks so much energetic and excitement about Kalinga Stadium’s construction.

Naveen changed the sports scenario with his vision and converted Odisha as the best sports destination of India. Earlier, Sports never gets so much priority in Odisha before Naveen’s Ministership. Naveen also watched a wonderful match of Odisha Women’s Football League at Kalinga Stadium and assured the players full support so that they bring glory for the country. He interacted with the Women & Men Hockey teams and wished them very best for upcoming Pro League matches.

India is on track to achieve its national commitment of Land...

Ultra-sensitive, easy to use sensor can detect arsenic in food &...