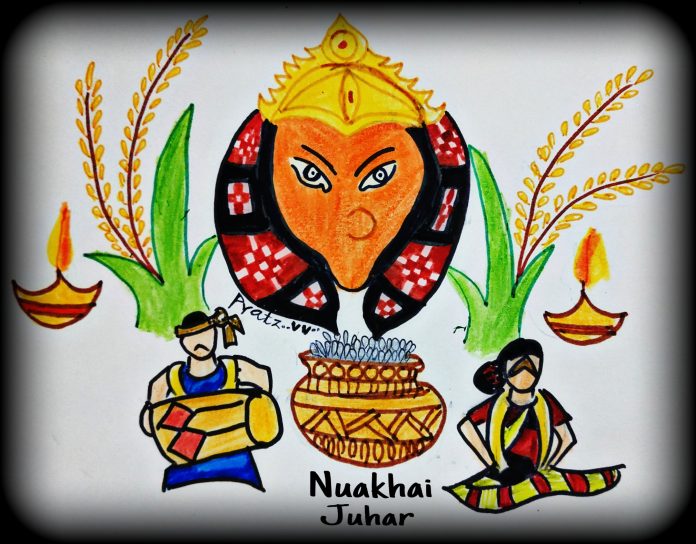 Nuakhai which literally mean nua as new Khai as food is a festival of Harvest which is celebrated in Wester Odisha every year, a day after the Ganesh Chaturthi that is marked between the month of August-September.

People who belong to these cities in Odisha like Kalahandi, Sambalpur, Balangir, Bargarh, Sundargarh glorify this festival with joy, after harvesting the first grains of paddy, Kharif crop. On this day they offer first grain and food made out of them and pray to Goddesses Samaleswari, Pataneswari, Manikswari the main lords of that area for plenty of crops.

The festival is a unique way to thank mother earth for helping throughout the year for cultivation.

Folks dress up new and enjoy this festival firstly by doing procession of grain for puja their own way to the temple and after that, they cook varieties of food out of those grains and eat together with the family. To make the festival lauder they do dance in sambalpuri song or the song of their own city.

Here we have shared some wishes by the heavy hearts of the state, let’s scroll up!

In twitter, renowned Sand artist Sudarsan Pattnaik dedicated his sand mural to the people by saying “May Maa Samaleswari bless you all”. While the Chief Minister Sri Naveen Patnaik had shared a glimpse of the festival through small video and had wished for the peace and prosperity of the farmers.

Some Ironies that exist in India