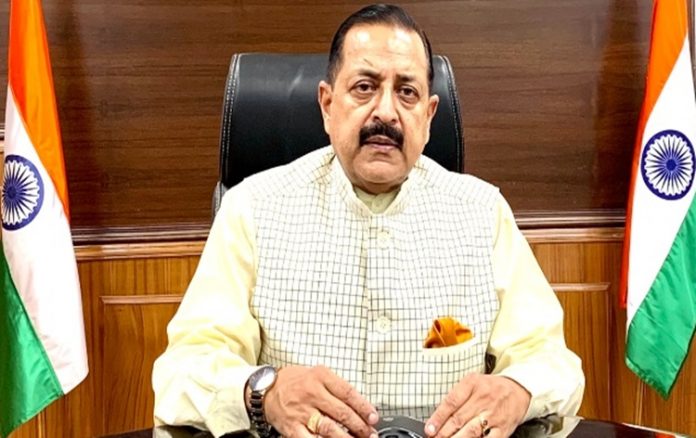 During a meeting at which senior officers of government and members of the Federation of Indian Chambers of Commerce & Industry (FICCI) briefed Dr. Jitendra Singh about the upcoming World Expo at Dubai, where an exclusive plot has been dedicated to showcasing the achievements of  Indian Space Research Organisation (ISRO) and the Department of Space, Dr. Jitendra Singh said, it was Prime Minister Narendra Modi’s vision which created history by unlocking India’s potential in Space Sector, thus paving the way to transform skill, capacity and creativity to make the country self-reliant and technologically advanced.  He hoped the showcasing of India’s capacity and its success story in the field of Space Technology will not only inspire the rest of the world but also offer them cues about how to plan their future Space technology-related programs and projects.
While India is becoming a major player in the world comity of nations under Modi, Dr Jitendra Singh said, it is a matter of pride that India’s ascent to the top will be contributed to a large extent by its superiority in the Space capabilities. World today is enamoured of Chandrayaan, Mars mission and upcoming Gaganyan, he said.

The Minister said, India’s vision will transform the approach in Space sector from supply-driven to demand-driven model for optimum utilization of national resources while harnessing capacity and creative skills and focus shall be more on R&D, cutting-edge technology, newer frontiers in space, space exploration, human space flight with a view to attract and exploit the potential of the future generation.

Dr. Jitendra Singh said the move to open up the Space sector for private participation was a path-breaking step taken by Prime Minister. This will ensure that India becomes a competitive Space market and take the benefits of the Space programme reach out to the poorest, he added.

Under the Modi government, Dr. Jitendra Singh said, the applications of Space technology had, in the last seven years, been extended to different areas of infrastructure development as well as to bring ease of living for the common citizen. Space and satellite technology is today being extensively used in railways, road and bridge construction, agriculture sector, housing, telemedicine, etc, besides disaster management and accurate weather forecast, he added.

Dr Jitendra Singh who is also a Minister of DoNER said that North East Pavilion will also be showcased to the world, as India has already embarked on a journey of Act East under Prime Minister Modi. He said the impetus given to Bamboo Sector by this Government and its applications in various fields will be a big attraction for the World going green.

Dr Jitendra Singh said that India as a land of billion opportunities will present to the world in this Expo its leadership role in areas like pharma, Gems and Jewellery, Start-ups, food processing, ancient heritage and culture, besides its proven prowess in Space Sector.

World Expo at Dubai is being organized from 1st October 2021 to 31st March 2022, which will also coincide with India’s Celebration of the 75th Year of Independence. 192 countries will participate in this Expo, where India will showcase 11 Themes including Space Technology. The title of the Expo is “Connecting Minds, Creating the Future”. 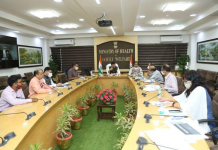 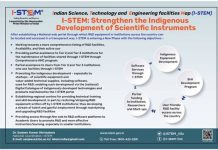 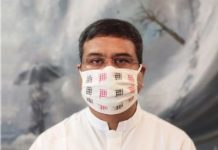 500 kid’s got opportunity to showcase their Films, Radio jingles in...

High BP in mildlife is linked to increase brain damage