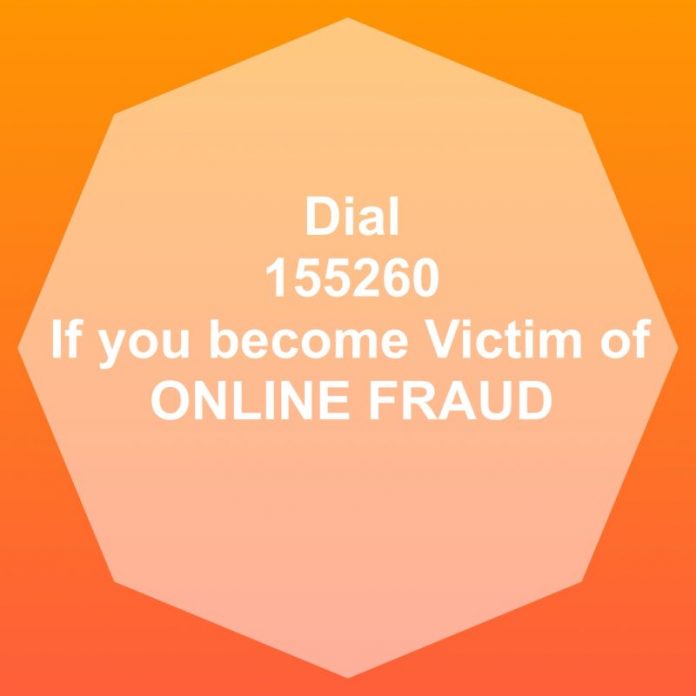 Reinforcing the commitment of the Modi Government to provide safe and secure digital payments eco-system, the Union Home Ministry under the leadership of the Home Minister Shri Amit Shah has operationalised the national Helpline 155260 and Reporting Platform for preventing financial loss due to cyber fraud.  The National Helpline and Reporting Platform provides a mechanism for persons cheated in cyber frauds to report such cases to prevent loss of their hard earned money

The Helpline was soft launched on April 01, 2021.  The Helpline155260 and its Reporting Platform has been made operational by the Indian Cyber Crime Coordination Centre (I4C) under the Ministry of Home Affairs, with active support and cooperation from the Reserve Bank of India (RBI), all major banks, Payment Banks, Wallets and Online Merchants.

TheCitizen Financial Cyber Fraud Reporting and Management System has been developed in house by I4C to integrate Law Enforcement Agencies and Banks and Financial Intermediaries. It is currently being utilized along with 155260 by seven States and Union Territories (Chhattisgarh, Delhi, Madhya Pradesh, Rajasthan, Telangana, Uttarakhand and Uttar Pradesh) covering more than 35 per cent of the country’s population.  Roll out in the others States for pan-national coverage is underway to prevent the flow of money siphoned off by fraudsters.  Since, its soft launch, in a short span of two months, Helpline155260 has been able to save more than Rs.1.85 crore of defrauded money from reaching the hands of fraudsters, with Delhi and Rajasthan saving Rs.58 lakh and Rs.53 lakh respectively.

The facility empowers both the banks and the police, by leveraging new-age technologies for sharing online fraud related information and taking action in almost real time. The loss of defrauded money in online cheating cases can be stopped by chasing the money trail and stopping its further flow before it is taken out of the digital ecosystem by the fraudster.

The Helpline and its associated platform operate on the following workflow:

Currently, the Helpline and its Reporting Platform has all the major public and private sector banks onboard. The notable ones include – State Bank of India, Punjab National Bank, Bank of Baroda, Bank of India, Union Bank, IndusInd, HDFC Bank, ICICI Bank, Axis, Yes and Kotak Mahindra Bank. It also has all major wallets and merchants such as PayTM, PhonePe, Mobikwik, Flipkart and Amazon linked to it.

The success of the Helpline and Reporting Platform can be gauged from the fact that on several occasions, the cheated money has been stopped from reaching fraudsters even after it has been moved by the cheats to five different banks to hide the trail.