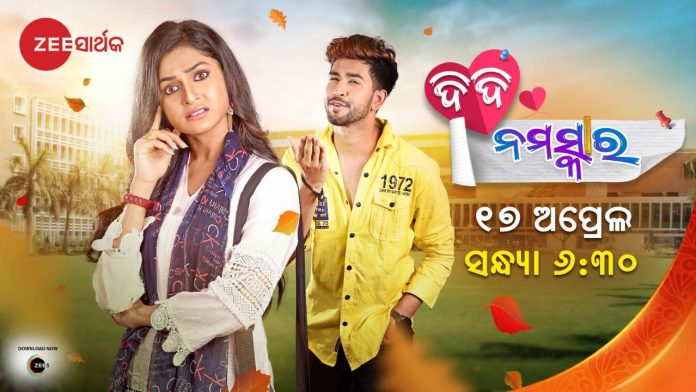 – For the First Time Actress Sheetal to starrer opposite Saswat

After releasing back to back super hit films to Odia’s audience, Zee Sarthak is all set to release a unique film “Didi Namaskar” featuring actress Sheetal Patra. Under the Zee Sarthak banner and Ankita Cine Productions, the shooting of the film finished. Produced by Ajay Raut, the film script, dialogue, and screenplay by Ollywood senior dialogue writer Dr Rajni Ranjan.

There is a saying in love, that people’s lives have changed after loving someone. There are even examples of people who are involved in anti-social behaviour but changed later after meeting someone special in their lives. Similarly, the story of this film is based on the actor who will be seen moving in the wrong direction suddenly life changed after meeting a teacher. However, Zee Sarthak’s upcoming film story “Didi Namaskar” is based on teenage love story.

Based on the teenage love story, the film directed by Mrutunjay Sahu (Bapi). However, “Didi Namaskar” will be aired on Zee Sarthak Channel on 17th April at 6.30 pm.