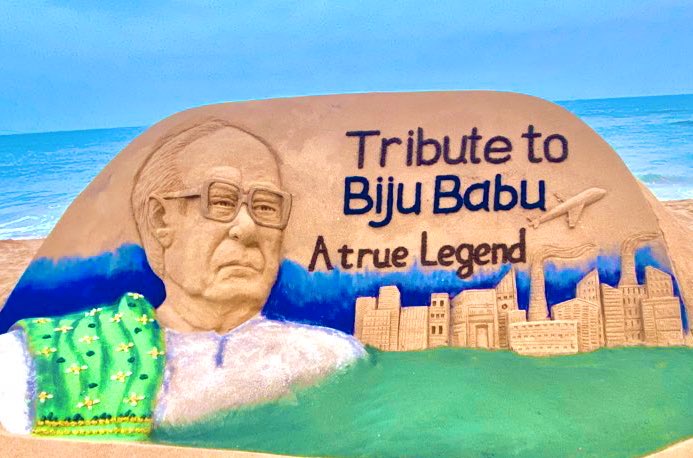 Born on 5 March 1916 to Lakshminarayan and Ashalata Patnaik at Cuttack, Biju Patnaik was educated at the prestigious Ravenshaw College in Odisha but due to his interest in aviation, he dropped out and trained as a pilot.

Eventually, he joined the Royal Indian Air Force and earned a great deal of reputation for his adventure during the freedom movement. The fearless pilot took up many challenges and played a crucial role during the Quit India Movement. He dedicated his skills in fighting the Axis Powers for which he was sent to the prison by the British authority. Shortly after the independence of the country, Pakistani tribesman invaded Kashmir and at Prime Minister Nehru’s request he helped airlift the first Indian soldiers to Srinagar.

Biju Patnaik’s heroic rescue of Sultan Sjahrir during the Indonesian freedom struggle was duly recognized across the world. The Indonesian Government honoured him with Bhumi Putra (Son of Soil) title for his act of bravery during their crisis. (Odishanewsinsight)

Biju Patnaik joined active politics in 1946 and held various posts both at the state and the centre. He was the Chief Minister of Odisha for two terms.

His major contributions to the state of Odisha are as follows:

The MIG factory at Sunabeda

The Choudwar and Barbil Industrial Belts

Regional College of Education at Bhubaneswar

The Odisha University of Agriculture and Technology

100 Monuments in Tri-color to celebrate the landmark achievement of 100...