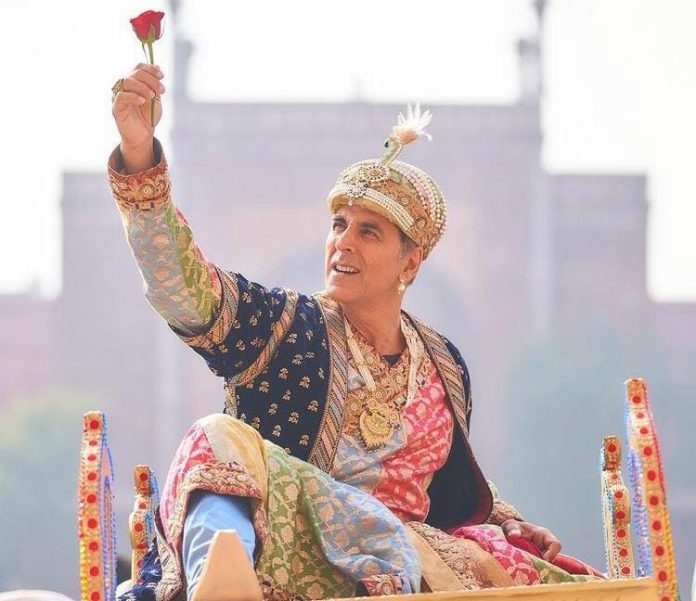 Actor Akshay Kumar has shared a snapshot on Instagram from his upcoming film ‘Atrangi Re‘, dressed as Mangual emperor Shah Jahan. In the picture, Akshay poses with a rose in hand in front of the Taj Mahal.

Akshay’s heroine in the Aanand L. Rai directorial, Sara Ali Khan, also shared his look on Instagram and wrote: “Because it can’t get more Atrangi than this. Not Shah Jahan-Mr Kumar it is. @akshaykumar.” Sara had earlier shared on social media that she feels ‘privileged, excited and thankful’ to be sharing the screen with Akshay Kumar.

Aanand L. Rai’s Atrangi Re is billed as a cross-culture love story. Sara reportedly plays a girl from Bihar, and she has romantic tracks with Akshay as well as Dhanush in the film. In this movie, Khan will appear in dual roles for the very first time in her career. The movie is produced under the studios T-Series, Colour Yellow Productions and Cape of Good Films. The music is composed by A. R. Rahman.

In January, Akshay Kumar took to social media to announce the film. Sharing pictures of himself with Sara and Dhanush, he wrote, “This one is really special. Presenting #AtrangiRe by @aanandlrai. An @arrahman musical. Releasing on Valentine’s 2021. Written by: #HimanshuSharma (sic).”

However, the movie is scheduled for cinema release worldwide on Valentine’s Day 2021.

Nationwide programme of Fit India Freedom Run 2.0 to launch on...

OJEE to be held in three shifts