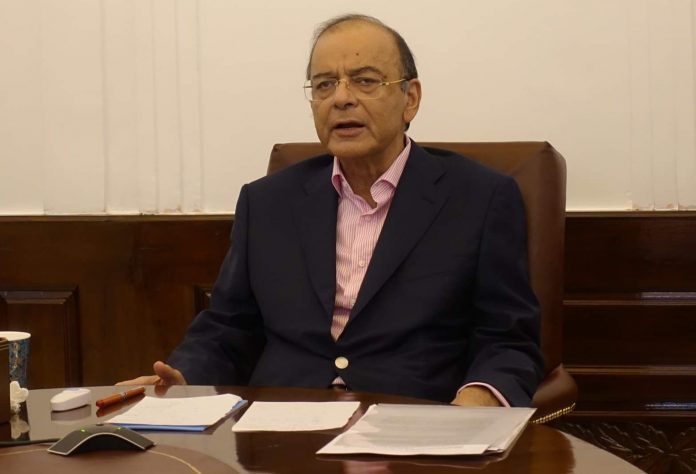 Before that leaders across political spectrum and people are expected to pay their last respect in between 10-2pm at party headquarters.

Jaitley who died around 12.07 pm at the age of 66, was earlier admitted at AIIMS hospital for few weeks on month of August, this year. He survived by wife Sangeeta Jaitley and two children.

Meanwhile, mortal remains of former finance minister Arun Jaitley, being taken to his residence after completing all the formalities from All India Institutes of Medical Sciences (AIIMS) where he passed away.

As per sources, Indian cricket team to wear black arm bands in its match against West Indies today to condole the demise of Former Finance Minister Arun Jaitley, who was also the president of the Delhi District Cricket Association (DDCA) & former vice-president of BCCI.

He was incredible orator, sharp mind, very articulated leaders and had so much left his contribution towards shaping the growth story of New India is unparalleled. – Jaitley belongs to Delhi, and was born on December 28,1952. While his parents, father Maharaj Kishen Jaitley was a lawyer and mother Ratan Prabha Jaitley a housewife.

– On May 24, 1982.Arun Jaitley married to Sangeeta, daughter of former Jammu and Kashmir finance minister Girdhari Lal Dogra.They have two children, Rohan and Sonali, both of them are lawyers.

– President of Student Union in DU.

– Leader of Opposition in Rajya Sabha. Plus-II meritorious students to get 30,000 instead of free laptops this...

Ministry of Youth Affairs & Sports extends the last date of...