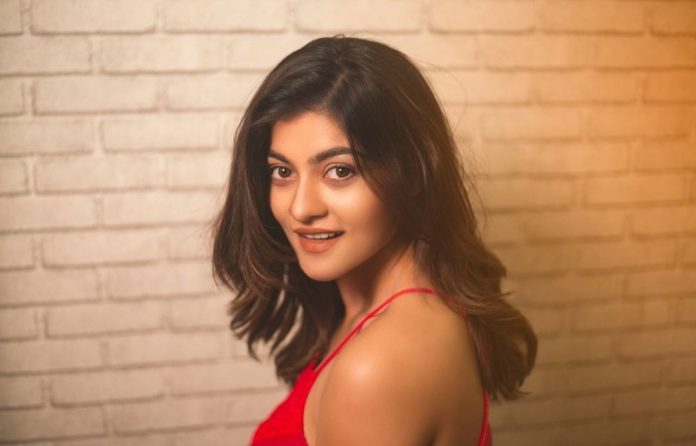 Odia girl Prakruti Mishra who had made her acting debut as a child artist at the age of five in a Odia film called Sabata Maa noticed on reality show, Ace of Space season 2 premiered on Saturday, 24 August, this year on MTV India.

Prakruti became a popular face after appearing in an Odia TV show and films. She was also seen in Hindi TV show, Bitti Businesswali.

She won the Odisha State Film Award for Best Child Actor for Sashughara Chaligbi, and was awarded with the National Film Award for Special Mention Jury for Hello Arsi.

This season with a grand opening, Ace of Space promises to be bigger and better, with less space and more drama.

To keep the viewers hooked on to the show. The Mastermind Vikas Gupta, who had hosted this reality show in the first season and had won a million hearts was seen hosting the show once once again.

Out of 18 contestants, Prakurti is one of them to take part in this reality show which is similar to Big Boss. While this is second time for her to give her face appearance in Hindi reality show. Along with her the contestants who are going to host this season are:

1. Akshay Kakkar- He is well known Tik Tok star. Having a huge fan following on social media, He also enjoys a good following on the app.

2.Baseer Ali- He is not new to reality show as he participated in shows like Splistvilla 10 and Roadies Rising.

3. Deepak Thakur- The boy who belongs to Bihar, had gave a tough competition to winner Dipika Kakar Ibrahim In Bigg Boss 12.

4. Khusali Vyas- She is a voice-over artist & a cartoon impressionist from Ahmedabad, also as an RJ with radio Mirchi, she acted in a few urban Gujarati movies.

5. Krissann Barretto- She has been a part of shows like Sasural Simar Ka, Ishqbaaaz and Yeh Hai Aashiqui.

6. Lucinda Nicholas- She is a former beauty queen, actress, writer and a qualified yoga instructor and was part of Bigg Boss 11.

7. Manhar Seth- He is a young poet, known for his first poem Ab Tum Wapas Aana Mat which received about 9.5 million views on YouTube.

8. Nasir Khan- He is the youngest sarpanch of village Bijopur of Haryana when he was 21 year old and known to be a peoples’ person.

9. Nikita- She is a millennial kid from South Bombay.

11. Roshni Misbah- She is popularly known as ‘hijabi-biker’, who defines her own style, acquired a celebrity status in Delhi and on social media in no time. As Honda CBR 250-riding Jamia student ’, Roshni rode a bike for the first time when she was in the ninth standard.

12. Renu Bhati- The female roaster from the Gujar community, Renu is known for her epic humour and comic timing.

13. Rohit Singh Rajput- A fashion choreographer who has trained about 350 models till now.

14. Rashmi Jha- She was seen in Madhu Bhandarkar’s film Indu sarkar and was also earlier worked in a film opposite Neil Nitin Mukesh, even seen in a Tamil film.

15. Salman Zaidi- He is a boxer from Hyderabad.

16. Shruti Sinha- A Splitsvilla 11 winner Shruti Sinha has also taken up the challenge of getting locked in the Ace Of Space house this time.