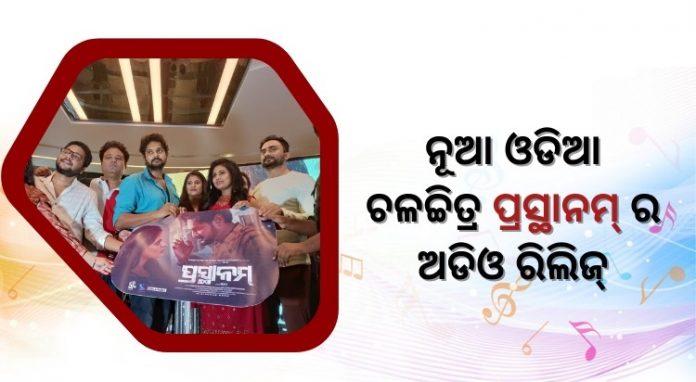 Bhubaneswar: The audio of the much awaited Odia movie ‘Prasthanam’ has been released. The audio was released in a colorful atmosphere in the Esplanade area of ​​Bhubaneswar. For the first time, all artists entered the Flash Mob, while young sensation music Director Asad Nizam’s team and all the vocalists performed the music to make the event even more colorful. The much-hyped film, directed by Raja D, stars Amlan in the lead role, while the protagonist is Sradha Panigrahi. Starring Bunty R Samal (Funny Anugulia), Manoj Mishra, Ushashi Mishra and Partha Sarathi Ray, among others.

The lyrics of the movie are quite touching. Asad Nizam has composed the songs for Tapu Nayak and Kumarashree. Human Sagar, Asad Nizam, Kuldeep Patnaik, Asima Panda, Neha Niharika have rendered their voices.

Astronomers Find One Group of Appearing and Disappearing Stars