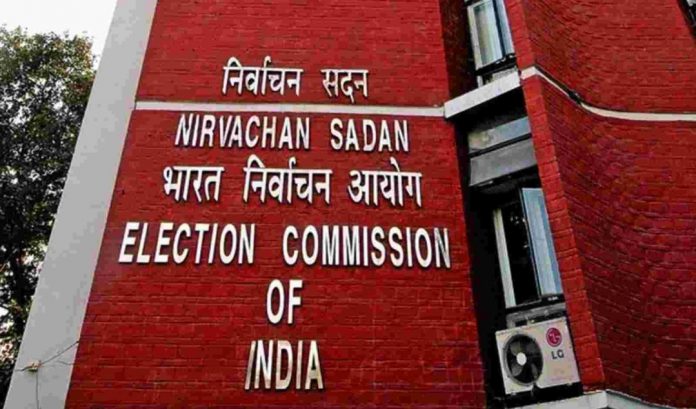 The Election Commission of India today organised a briefing meeting with the Special Observers who have been appointed for the current General Elections to the Legislative Assemblies of Goa, Manipur, Punjab, Uttarakhand and Uttar Pradesh 2022. Fifteen former civil servants who hold impeccable and brilliant track record of domain expertise and have past experience with election processes, have been included in the team as Special Observers for the current poll going states. The Special Observers will be supervising and monitoring the work being done by the electoral machinery in their assigned States and ensure that stringent, effective enforcement action is undertaken based on intelligence inputs and complaints received through CVigil, voter helpline etc. These officers will oversee the entire poll processes as eyes and ears of the Commission on the ground to ensure free, fair and voter friendly elections.

Welcoming the Special Observers, CEC Shri Sushil Chandra said that the overarching spirit of deploying Special Observers is to objectively assess the poll preparedness, identify the critical gaps and guide the electoral machinery in the field to ensure impartial, inducement free, peaceful and Covid safe elections. Shri Chandra pointed out that each election is unique in itself, has its own logistics and challenges, yet higher voter turnout has to be encouraged. Special Observers thus need to be vigilant and be in touch with the Commission on a real time basis throughout the entire election process and should bring to the notice of the Commission any corrective measures required, he said. All vulnerable areas have to be attended to and adequate confidence building measures undertaken. He added that ECI wishes to provide a hassle free experience to voters at each Polling station which have been provided with Assured Minimum facilities especially for Persons with Disabilities. Postal Ballot for senior citizen 80+yrs voters is another facility provided. Polling stations have been made Covid protocol compliant and voter friendly.

Election Commissioner Shri Rajiv Kumar said Special Observers with their in-depth administrative experience, acumen and understanding are important for the Commission in assessing the field situation and taking necessary corrective measures for ensuring level playing field amongst all stakeholders and preventing any deviation from Standard Operating Procedures of ECI. Sh Kumar said Special Observers, as the face of the Commission on the ground, need to guide the Central Observers and election machinery in the field to ensure smooth conduct of the election processes. Sh Kumar pointed out that impartiality, fairness, visibility, accessibility and alertness of these senior officers ensures implementation of Commission’s instructions in letter and spirit.

Addressing the Special Observers, Election Commissioner Shri Anup Chandra Pandey drew the attention of officers to the heightened expectations of not only the political party representatives but also the public from such experienced officers associated on the field. Sh Pandey particularly asked them to ensure effective enforcement of Commission’s broad COVID guidelines, instructions issued by the Commission from time to time and SDMA orders, including the recent instructions on campaigning by political parties and candidates. He added that Special Observers should be alert and watchful of compliance of Supreme Court directions on publicity of criminal antecedents of candidates, EVM transportation protocols, recently increased expenditure limits and thwart any mischievous attempts of disrupting smooth and peaceful process of elections. 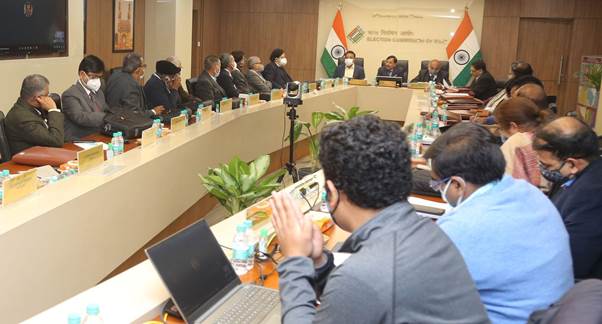 Secretary General Shri Umesh Sinha welcomed the Special Observers and briefed them on the instructions of the Commission. He acknowledged their commendable role in the past and hoped that their contribution will again be very valuable for the Commission.

The following Officers have been appointed as Special General, Police and Expenditure Observers in the poll going States of Goa, Manipur, Punjab, Uttarakhand and Uttar Pradesh.

Sh. Pravir Krishna, IAS (retd) (MP: 87), Sh Arun Kumar, IPS (Retd.) (UP:85) and Sh. Rajesh Tuteja, Ex IRS(IT) (1987) will be the Special General, Special Police and Special Expenditure Observer respectively for Manipur. Sh Pravir Krishna had been General Observer earlier in Manipur. Sh Arun Kumar had earlier been with BSF, CRPF and been the CAPF Coordinator in 2015 Bihar elections. Sh Rajesh Tuteja had worked as Director Investigations in HP and Haryana and associated earlier with elections in Punjab, MP and Andhra Pradesh.

The Special Observers will soon be visiting their allocated states and start their work with State CEOs and concerned Deputy Election Commissioners.

GI certified Madurai Malli and other flowers exported to USA &...