Children’s day is celebrated all over India every year on 14 November to pay tribute to former Prime Minister Jawaharlal Nehru, this time Google paid honour with unique art.

As per India Today’s post, This Doodle is an adorable cartoon which was made by a seven-year-old, Divyanshi Singhal from Gurugram.

Divyanshi won the 2019 Doodle for Google competition in India, after which her Doodle was picked for the occasion. The theme of the competition was “When I grow up, I hope”

The doodle features trees wearing shoes and is titled “The Walking Tree”. The doodle, according to the seven-year-old signifies her hope of having walking trees in the future to combat the problem of deforestation.

According to Divyanshi, she came up with the delightful idea when she visited her grandmother, she explained, “When I visited my grandmother, I was so sad to see the trees around her house being cut. So I thought that if trees could walk or fly, we will not have to cut them.” 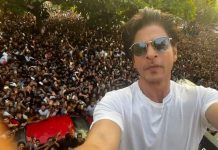