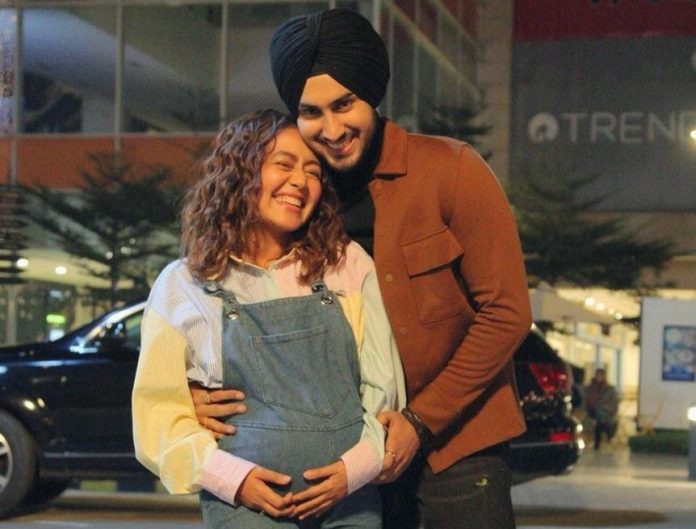 Bollywood most popular singer Neha Kakkar announced a new song to celebrate her pregnancy. She will soon gonna release her song on December 22.

Titled ”Khyaal rakhya kar”, the song has been announced by Neha just a day after singer announced her pregnancy in front of the world. Neha had revealed on social media that she is expecting her first child with husband, singer Rohanpreet Singh. She flaunted her baby bump in a photograph she shared on her verified Instagram account along her post.

The couple tied the knot in the month of October this year.

The poster image of Khyaal rakhya kar featured Neha alongside husband Rohanpreet. The lyrics have been penned by Babbu while the music is composed by Rajat Nagpal.

She began performing at religious events at the age of four and participated in the second season of the singing reality show, Indian Idol, in which she was eliminated early. She made her Bollywood debut as a chorus singer in the film Meerabai Not Out. She rose to prominence upon the release of the dance track “Second Hand Jawani” from Cocktail which was followed by several other popular party songs including “Sunny Sunny” from Yaariyan and “London Thumakda” from Queen.

Afterwards, she mostly performed party tracks like “Aao Raja” from Gabbar Is Back, “Tu Isaq Mera” from Hate Story 3, “Humne Pee Rakhi Hai” from Sanam Re and “Kar Gayi Chull” from Kapoor & Sons. She proved her versatility in musical range with the release of “Mile Ho Tum” from Fever which topped the list of most-viewed Bollywood songs on YouTube. She then released several chart-busters which made into the same list, including “Aankh Maarey” from Simmba, “Dilbar” from Satyameva Jayate , “Badri Ki Dulhania” from Badrinath Ki Dulhania, “Cheez Badi” from Machine, “Kala Chashma” for the film Baar Baar Dekho and the private single “Nikle Currant“, all of which crossed over six hundred million views. Similarly, “Dilbar” marks the first Indian song to reach number three spot on the Billboard YouTube Music Chart.

This apart, in 2019, Kakkar was listed among the most viewed female artists on Youtube with 4.2 billion views. While, in December 2020, she appeared in the list of Asia’s 100 Digital Stars by Forbes.

IAF Commander Abhinandan to get Vir Chakra on I-Day

Researchers developed mathematical metrics to quantify and measure the correctness of...

How to use egg for hair growth?