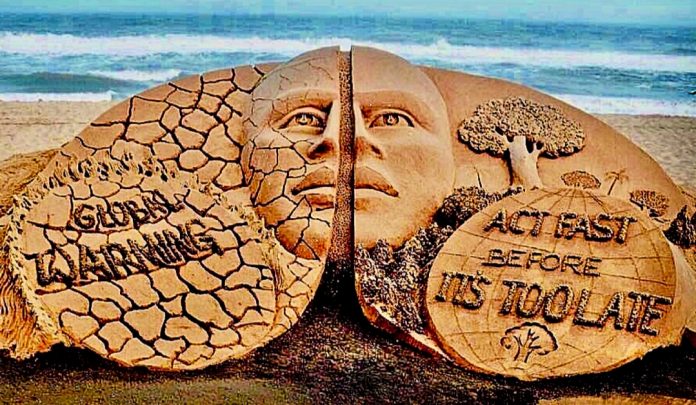 Patnaik posted a picture of his sand mural in twitter to raise awareness on Global Warming with a message “Act before it’s too late.”

The best example of global warming’s effect is the resent disaster we came across in Odisha, the severe cyclonic storm ‘Fani’.

Basically, the global warming occurs when the carbon dioxide, other air pollutants and green house gases collect in the atmosphere and absorb sunlish and solar radiation that have bounced off the earth’s surface.

The burning of fossil fuels, polluting water areas, cutting trees to build houses, air pollution and so on are the main cause of destruction.

Human beings are the one who takes care of environment as well as the one who destroy it.

So, before its get high time, its better to take the preventive majors from now unwards.

New solar thermal components testing facility at Hyderabad to give...