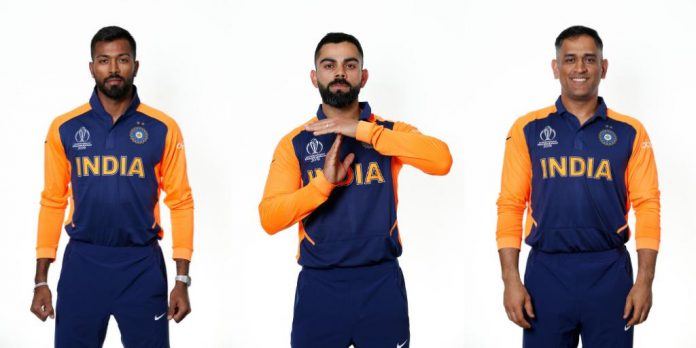 India cricket team will be seen in special bleed orange jersey on Sunday for world cup match against England.

The alternative jersey arose after the International Cricket Council issued a guideline before the start of the World Cup, that requiring teams to have two different uniforms for all its televised tournaments except for the host country who has a preference in the choice of colour and may, if it chooses to do so, provide only one coloured kit to be worn in all matches throughout the event.

In advance of the event the teams will be notified which coloured kit will be worn in each match.

Besides, ICC also tweeted a fifty-four second video showing the Indian team players in their new jersey which they would be sporting against England. The Cricket Council mentioned in post that “Special occasion special kit”.

POSHAN Maah To Be Celebrated Across The Nation