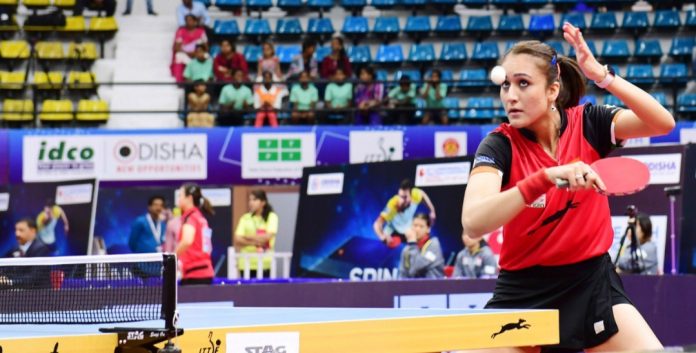 The India table tennis team have made a grand opening of India’s record book in the 21st Commonwealth Championship in Odisha by qualifying for the Super-Eight level at Jawaharlal Nehru Indoor Stadium on Wednesday.

While, Madurika Patkar, Sutirtha Mukherjee and Archana Kamath posted yet another 3-0 victory over South Africa.

After the Olympic Games at Smart city now Silver city is hosting the Commonwealth championship. With this Odisha proves itself as India’s sports capital.

Meanwhile, the JN Indoor Stadium has been embellished with colourful lights like a bride.

The parts of the stadium that were damaged after the cyclone Fani, have been renovated prior to the championship. All the 12 cabins in the premises have been made ready for use.

Elaborate arrangements have been made for security of the players and for the visitors, especially for the foreign guests.

This apart, the District administration is looking after a smooth traffic management in the silver city during championship.

As per sources, seating arrangements have been made for around 5226 people in the stadium premises.The seats have been segregated into 30 blocks in  yellow and red color.