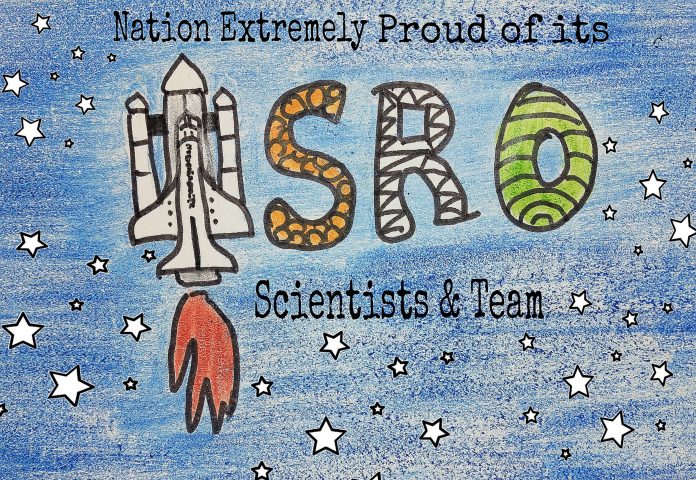 Chandrayaan-2 so far made India proud, although ISRO lost its contact with Chandrayaan-2’s lander Vikram, but we attempted what world thought was impossible. Till 2.1 kilometers from lunar surface is 95% success on Saturday, September 7.

Here is how the citizen of India stood for Indian Space Research Organisation (ISRO) for it’s hard work and great work.

With this, Prime Minister Narendra Modi said that, the nation is proud of our scientists and team.

“We remain hopeful and will continue working hard on our space programme”, he added.

India is proud of our scientists! They’ve given their best and have always made India proud. These are moments to be courageous, and courageous we will be!

Chairman @isro gave updates on Chandrayaan-2. We remain hopeful and will continue working hard on our space programme.

#Chandrayaan2 We are proud of your team efforts #isro You have not lost .Keep the dream alive. #JaiVigyan #JaiBharat pic.twitter.com/mQCPwUOc0q

In Instagram a profile named logokuhe also stepped out to encourage the Space research team by making a creative piece of ISRO proud.

In his post he also wrote that, “we have not failed, the success is postponed.” India proud moment with ISRO chief K Sivan, a much needed hug is required for this excellent idea and work.

We almost did it in the first attempt itself. Do you know United states of America did it in 12 attempts, and Russia did it in 7 attempt. We can say it as, the mission to moon is something like attending and qualifying Chartered Accountancy exams.

To All the Scientists
& #ShivanSir

Every athlete is an inspiration for his generation: Shri Anurag Thakur

The highway to death

Control Centres to assist for evacuation of Indian nationals from Ukraine