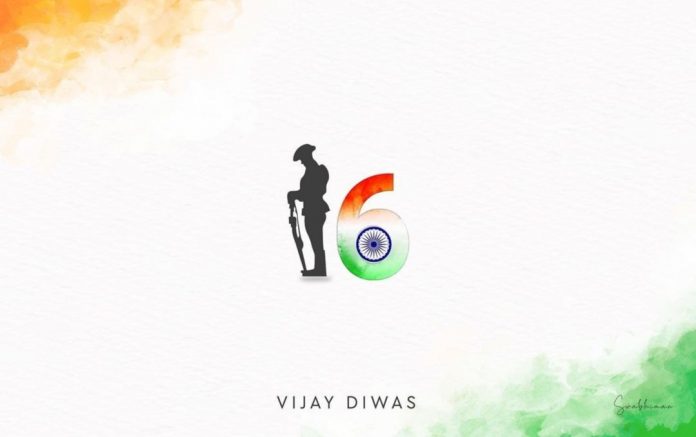 16th December well known as Vijay Diwas in the Indian history. This day will always be memorable for indians to commemorate India’s powerful victory over Pakistan in war of 1971 and to recall the sacrifices of the brave indian soldiers who fought the war against Pakistan which liberated Bangladesh from Pakistan. As a result of which we can identify Bangladesh as an independent country in the world map. December 16 is observed as Independence day in Bangladesh, this day is popularly regarded as Vijay Diwas in Bangladesh.

Still goose bumps sprangs up while listening about the incidents during the war. Today is the 50th anniversary celebration of 1971 India Pakistan war. There are two intresting things to mark about Vijay Diwas, lets roll our eyeballs over them. Its a bit suprising but yet true that the starting of war was not from the side of India but from the side of Pakistan.

The conflict between India and pakistan started when the Bangladeshi people, then east pakistani were not satisfied remaining under Pakistan rule. This turned up to be secession call on march 26,1971 in the then east Pakistan which is presently called as Bangladesh when Pakistan ill-treated Bangladeshi people and undermined the election results during that past time. That time Bangladesh got support of Ms Indira Gandhi, the then prime minister of India who stayed firm and supported Bangladesh to achieve liberation from the grasp of Pakistan and become an independent nation.

The second most intersting thing to notice is the sustaining period of Pakistan armed forces in this indo- pak war of 1971. This war prooved to be very expensive and tough on the shoulders of Pakistan.

Pakistan could resist only 13 days against the strength power of Indian armed forces and Bangladeshi Mukti bahini. On the 14 th day of indo-pak war Indian armed forces overpowered Pakistani army as a result of which this war ended with the unconditional and unilateral surrender of the Pakistani forces chief, General AmirAbdullah Khan Niazi along with 93,000 Pakistani troops.They were arrested by India.

Addressing the 50th anniversary of Vijay Diwas PM Modi said, ” on Vijay Diwas we recall the unwavering courage of our armed forces that resulted in a decisive victory for our nation in 1971 war”.

Thermocol could be the future Earthquake-resistant Buildings

COVID-19 vaccination is recommended for all lactating women