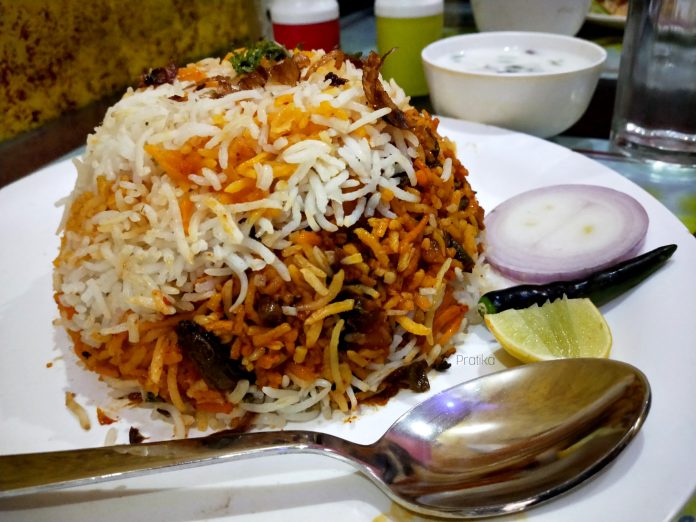 Flavour that mesmerize mood, meal that keeps you full, food that won’t bore you eating number of times in a day, wholesome Biryani is less as food more as emotion. Yes, biryani the most loved food has always maintained its high rates among all kind of dishes. To give biryani lovers a good experience, Here are the mouthwatering list of different types of biryani must try once in life. Have a look!

As it has absorbed the of different religion, That’s why we have different types of biryani. Some of these Hyderabadi, dum biryani is famous. But there are rare types of you haven’t tried yet.

1. Bohri biryani – It is associated at west coastal area. The speciality about this biryani is that instead of using red chilly the green chilly,  garam masala and mixed spices are used for aroma. This is kind of juicy biryani.

3. Moplah biryani – It is presented in Kerala associating with the Hyderabadi product. Basically, the Moplah food is influenced by the Arabian. In word, it is Thalassery biryani.  It is known for its mild and served with the chutney named as chutney.

4. Moradabadi biryani –  It is mainly available surface near capital. This biryani is similar to lucknow biryani having absence of turmeric, owing with saffron, lightly spice with mild masala. Basically the rice cooked more as pulao style rather than layer biryani style.

5. Kachche gosht biryani – Its one of the variety from hyderabadi kitchen while it is cooked marinating meat with papaya and variety of spices. Like the dum style.

6. Sindhi biryani – This dish originated from Pakistan. Created with marvelous layers, mixed herbs and too spicy.

7. Tahari biryani –  It is from B. In this version of biryani potatoes is the extra ingredients added to biryani otherwise it is equally prepared like other biryanis.

8. Calcutta biryani – It is cooked soft boiled eggs, yogurt mixed meat, potatoes that lent with an aroma to biryani.

9. Kalyani biryani – It consist of buffalo’s meat, coriander, tomatoes. In a Hyderabadi style. It is lessly consumed as cow and buffalo are maata for huge number of humans.

choice is a copper and earthen vessel, which is often seen in fine dining Indian restaurants as well as famous stalls. Its seals the inside it and makes the best  dum cooking is the vessel used of the vessels you can use are