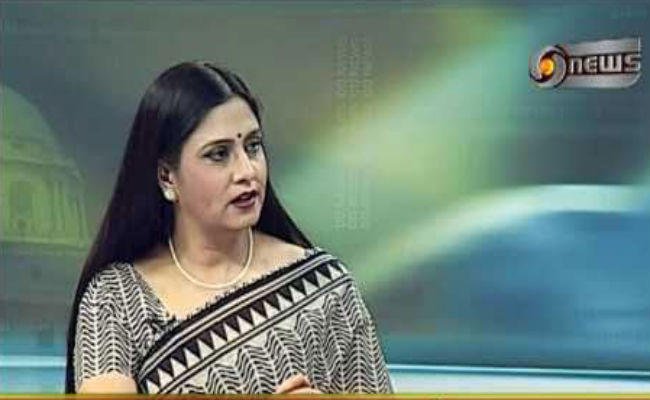 Early those days when we don’t have a cable television, the Childhood of many 90’s kid must have passed by seeing the Doordarshan news channel, the program of anchor Neelum Sharma, it was shocked to know that she passed away on Saturday, August 17. She was 50.

As per sources she lost her life at private hospital in Noida suffering from cancer, inflammation in lungs.

A strong advocate for women empowerment, Journalist Neelum was known for her programmes like ‘Tejaswini’, ‘Ehsaas’ and ‘Badi Charcha’ due to which she honoured with Nari Shakti Award by President of India, Ram Nath Kovind earlier this year. She was born in Brahmin family and had spent most of her life in New Delhi.

After a huge loss, in Twitter, the Doordarshan team made a post writing, ” Extremely sad news of sudden demise of our colleague at DD News Ms Neelum Sharma. For over 20 years with Doordarshan, she played a key role in establishing Brand DD News making inroads in people’s heart. Heartfelt condolences from DD Family. We will miss you badly”

During her career, whatever she was offered, she played a stellar role in many capacities. She also hosted, directed and wrote for few DD news popular shows.

Apart from being a face of DD, she was a visiting faculty in several institute and had won various prestigious awards like the Best News Anchor Award, Aadhi Aabadi Award in 2010, Media Maharathi in 2013, and KPS grill ‘frearless Indian’ award for Excellence in Journalism in 2017.

She was appreciated by many DD news viewers for her bindi, simplicity, long straight hair and traditional saree.

The sober and gracious anchor would be missed by all.