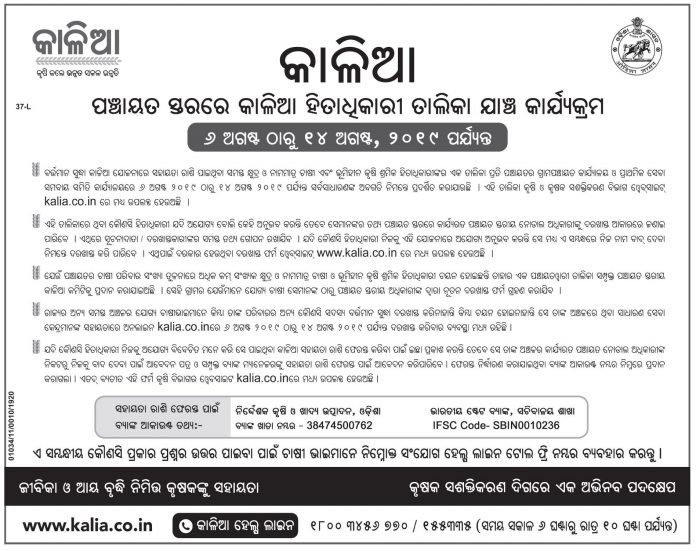 As a number of farmers were found ineligible for provisions under KALIA Yojana this year, the state government has initiated a process to withdraw funds from the ones ineligible under the scheme.

KALIA Yojana was launched by CM Naveen Patnaik in 2018 to provide inclusive support to farmers in order to ensure agricultural prosperity of the state. But, a recent survey revealed that till January 1, 12 lakh landless farmers out of the 22 lakh who had applied for the first phase funds were found ineligible for the provisions under the scheme.

Applicants who have to withdraw their names will have to submit their applications to the panchayat nodal office and to the bank. They can also download the withdrawal application form from the Kalia website by August 14, assuring their names will not be disclosed.

As per reports, the government took this step after finding out that a huge number of rich, employed and non-resident categories were enlisted under the scheme.

However, the state government had announced that the farmers who have not applied yet will have to register themselves under the scheme in Gram Panchayat, ESI unit and also through the official website Kalia.co.in between August 6-14.