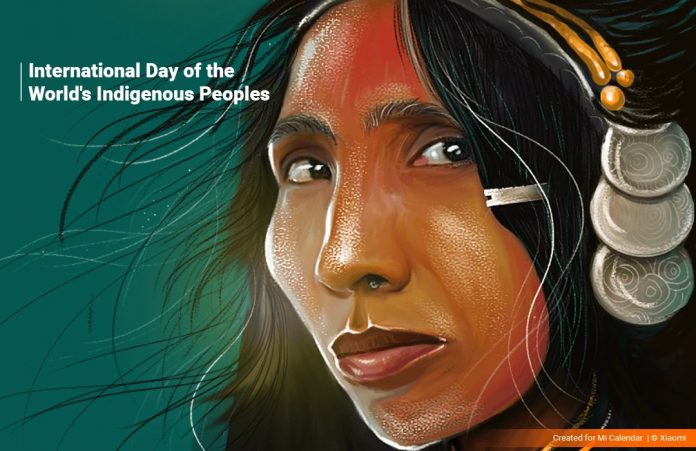 International Day of World’s Indigenous People celebrated every year on August 9, this day is realised that these people are the ones closest to Mother Nature. They nurture and protect natural wealth, so we also need to recognise their rights to traditional lands, territories n natural resources.

Those peoples, with their variety of languages, cultures, traditions, and ancestral knowledge, remind us that we are all responsible for the care of Creation, which God has entrusted to us.

As per the Chief Minister Naveen Patnaik, Odisha is home to the largest number of tribes (62) in the country. They account for 24% of our state’s population.

Indigenous Peoples are basically the agricultureous people, who leave in large organised villages, tending to cattle and land. There homes are beautifully decorated with bold colours and traditional models intense of attire. The Indigenous peoples are simple for occasions the women dorn the white saree with traditional design. Well the men wore the similarly wore men dhoti. On a daily basis white cotton checked in a single colour is worn.

The government of Indigenous peoples wovern by the local community of Weaver, working with cotton yan they create an from worn of interactomes of wope and weft from which emerge of Peacock, lotus flower, fish, humans rendered in meriate colours red, blue, yellow, green, and black.

This modest yet beautiful garment was enhanced by multiple ornaments Indigenous women. Filigree weapons, armlets, clips and bangle once adorned the body often made of silver a mark the social status and wealth.

Each ornaments weight at least half a kilogram, its often surprising sometimes how women wear heavy ornaments and fetch water from river and streams and do other household chores. It’s strange to see how do they walk? Today’s generation amused to see these ornaments, and some of the question arise how do they husk the grains? More than one kilogram by their leg and few more by arms. Having huge amount of ornaments covered with body. They are more fascinating now a days.

With time the importance of this ornaments has demised what endures is the Indigenous love for beauty through musical composition and gracefull dance.

Indigenous peoples can teach us a lot about preserving natural resources, producing food in sustainable ways and living in harmony with nature.

We are humans but sometimes we forget it that others are also human. Indigenous people is also human. Be kind with them. Because underneath every skin there is same colour of blood that is red.

let us celebrate their distinct culture, language and traditions and appreciate their contribution to our rich cultural diversity.

Also you must know how indigenous peoples are helping the world achieve:-

1.Indigenous peoples have developed agricultural techniques that are adapted to extreme environments.

2.They have chosen crops that have also adapted to such conditions, cultivate indigenous crops that are more resilient to climate change.

3.As preserving biodiversity is essential for food security and nutrition. They utilises the pool for plants and animal species that were found in all terrestrial biomes, as well as rivers, lakes and marine areas.

5.They expand food systems, its narrow food base to incorporate herbs, shrubs, grains, fruits, animals and fish that might not be well known or used in other parts of the world.