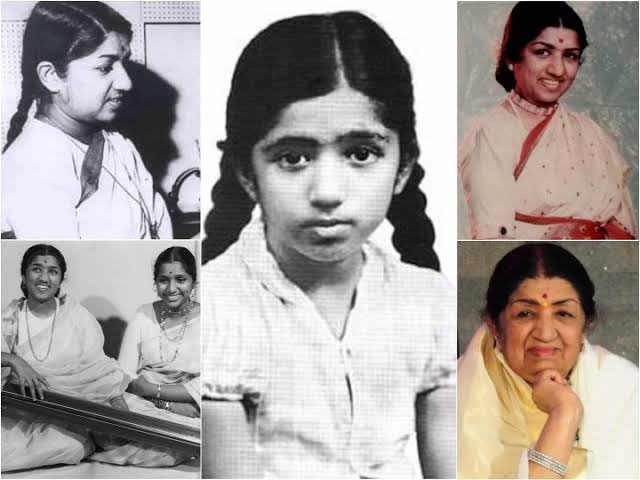 There will never be another Lata Didi. End of an era as a Nightingale and jewel of India melody songs, Bharat Ratna Lata Mangeshkar Ji leaves her mortal body on 6th January 2022, but she will live on in the hearts of generations to come through her soul-stirring music.

Born as Hema Mangeshkar on 28 September 1929, the melody song queen Lata Mangeshkar was the daughter of a well-known Marathi theatre actor, a Natya Sangeet musician and a Hindustani classical vocalist and sister of siblings named  Asha Bhosle, Meena Khadikar and Usha Mangeshkar as well as composer Hridaynath Mangeshkar. Hema was Lata’s birth name. Her parents later renamed her Lata after a female character, Latika, in one of her father’s plays, भाव बंधन.

Lata has sung over thirty-six Indian languages and a few foreign languages. Lataji’s first song sung in the year 1942 for the movie Pahili Mangalagaur. She became the first Indian to perform at the Royal Albert Hall, London in 1974. France conferred on her its highest civilian award, the Officer of the Legion of Honour, in 2007.

Youngest web designer from Odisha aims to set up his own...