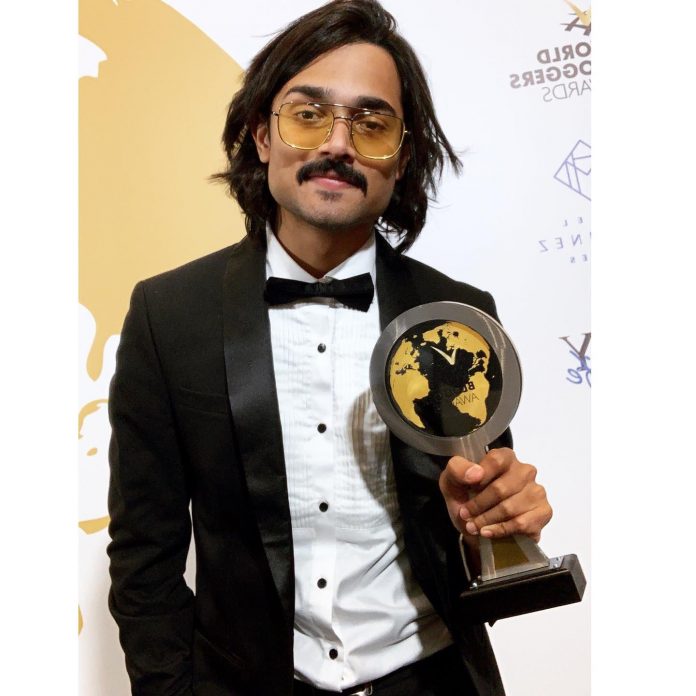 In Cannes Film Festival, this year at Hotel Martinez where many YouTubers across the globe made their striking presence walked the red carpet in their glamorous outfits.

Bhuvan Bam, who happens to be a well-known Indian YouTuber with BB Ki Vines made his debut for the awards night has grabbed the title of Global Entertainer Of The Year 2019 for his excellent contribution to digital entertainment.

Bam took to his Twitter and shared a moment from Cannes seen with the golden winning trophy in his hand rewarded as the WorldBloggerAwards2019. “A night to remember!”, he added.

Even the comedian Ashish Chanchlani took home the trophy as the Best Comedy Influencer.

Pandemic should not be a matter of politics, it is a...