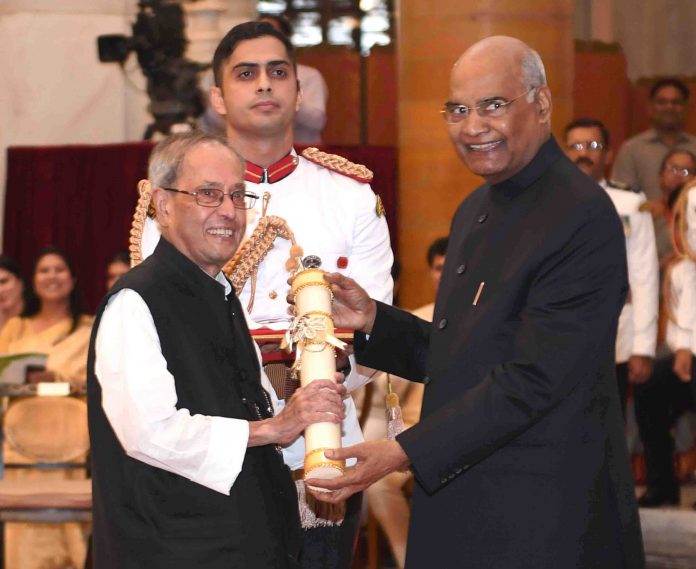 Chief Minister of Odisha, Naveen Patnaik extended his congratulations to the eminent statesman & former president Pranab Mukherjee on being bestowed with Bharat Ratna in a ceremony held at Rashtrapati Bhavan on Thursday.

In Twitter, President of India wrote that, “A statesman and one of India’s most respected political leader, Shri Pranab Mukherjee served the nation in various capacities in his long political career spanning over five decades.”

After receiving the country’s highest civilian honour, Mr Mukherjee twitted that, “My heartfelt gratitude to Rashtrapatiji @rashtrapatibhvn & the people of our nation for bestowing the BharatRatna on me. This honour is more for the people of our country from whom I have received much more than I have been able to give.”

Mukherjee further added that, “The Bharat Ratna for him is also indeed an acknowledgement of the millions who strive every day to make Bharat – the diverse, plural, compassionate and inclusive idea that it is.”

Our Pride, Our National Anthem: A record breaking feat

High BP in mildlife is linked to increase brain damage