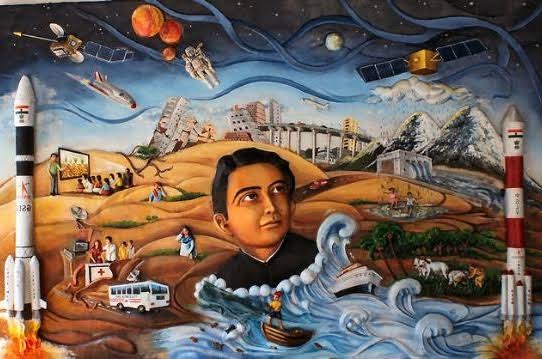 Sarabhai who belongs to the famous Sarabhai family of India, who’s father Ambalal Sarabhai was a major industrialist, committed to the Indian independence movement, was born on 12 August 1919 at Ahmedabad, Bombay Presidency, British India.

He is the founder of Indian Space Research Organisation (ISRO), and with his presence first Indian satellite Aryabhata, was launched in orbit in 1975.

He was also the mentor of Dr. APJ Abdul Kalam and had placed India on the International map in the field of space research.

He received the Santi Swarup Bhatnagar Medal in 1962. The nation honored him awarding Padma Bhushan in 1966 and Padma Vibhushan in 1972.

He was a creative scientist, a successful and forward-looking industrialist, an innovator of the highest order, a great institution builder, an educationist with a difference, a connoisseur of arts, an entrepreneur of social change, a pioneering management educator and more.

He took his last breath at the age of 52 at Halcyon Castle, Thiruvananthapuram, Kerala, India on 30 December 1971.

Some of the most famous Institution established by Sarabhai are: