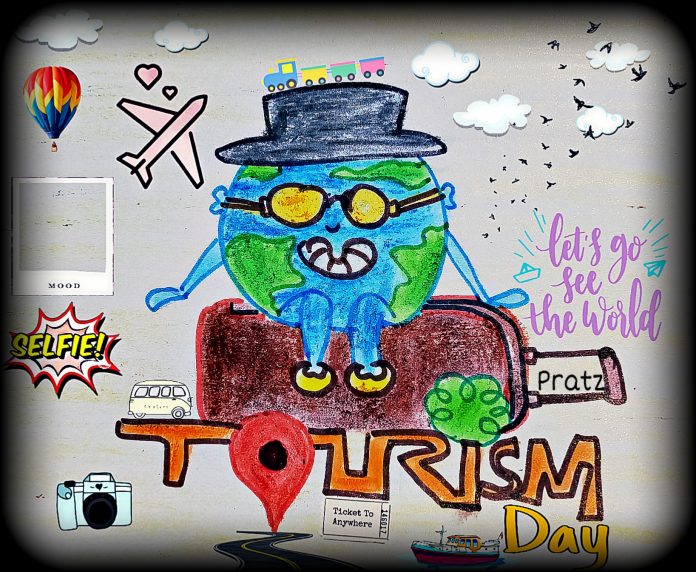 World Tourism Day celebrations are underway all around the globe! This is the day to celebrate the power of tourism as a force for good.

The theme this year is “Tourism and Jobs: A Better Future for All”!

While on World Tourism day let’s talk about what can be the meaning of Tourism.

2. It’s about education, development and growth– The development and growth of tourism is important to a significant proportion of nations all over the world. Economically, tourism is known as one of the leading industries during recent decades. As World Tourism Organization (WTO) (2014) reports international tourist arrivals have grown by 4% in 2013 reaching a new global record of 1 billion. In addition, based on a report by WTO (2014) adds that although world economies are still suffering from economic volatilities and are not stable yet, international tourism has represented a growing demand during 2013.

3. Adventures and knowledge– As travelers seek new and different experiences, adventure tourism continues to grow in popularity which includes a physical activity, a cultural exchange, or activities in nature. Its about connecting with a new culture or a new landscape and being physically active at the same time.

5. The journey of life– It makes life worth living.

6. Experience– It build his or her own travel experiences so that these satisfy a wide range of personal needs, from pleasure to a search for meaning.

7. Tourism is all about connecting people – Tourism is really not only just about roaming. Tourism is a way through which people of different cultures connect with each other. Tourist are more curious and excited about the culture of other countries and people and this excitement encourages the tourists to make connections with new people.

8. Understanding culture and appreciating diversity all around the world.

Also here we have shared some of the videos of the government of state of India and other,  who have promoted their culture in Twitter to attract tourists to their place. Let’s have a look.

Hello, World! Kerala has survived another floods, for a 2nd year in a row. It is almost as if when the going gets tough, Kerala gets going. Kerala remains as beautiful as ever. It is human to survive. Kerala is #HumanByNature. Come visit us.#WorldTourismDay pic.twitter.com/4EWeVLpPgn

Madhya Pradesh is home to the most exotic and flourishing species of flora and fauna. Watch them bask amidst the wilderness in this film by Farhan Khan. #TigerStateOfIndia #MPTourism #HeartOfIndia